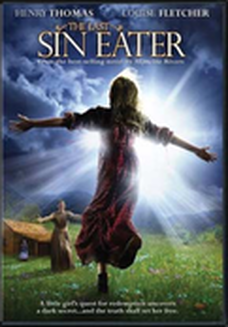 So I watched this movie the other day with my friends, The Last Sin Eater, if you are a fan of Christian Fiction, it’s based on a book by Francine Rivers. Anyway, the movie is about this young girl who is eaten up with guilt over the death of her sister, so she goes on this quest to find someone, anyone who can help her get rid of this guilt she has. She ends up finding out that tradition and culture doesn’t have all the answers and that if you want to find the truth, you have to be willing to sacrifice everything for it.

First off, I loved the time period…Its set around the late Nineteenth century in Appalachia, amongst a group of immigrants who have formed this tight knit community. Kind of like a not so cheerful Welsh version of Little House on the Prairie, anyways this community has been built on ancient traditions and customs as well as secrets and lies. It is very real in the respect that all the characters have a story…there really isn’t a main character, each and every person struggles with something, they have a past and you see that in the film. The music was phenomenal, I’m a strong believer that a movie is only as good as its music…and this one doesn’t disappoint.

My only problem with the movie is that there is not a clear representation of the gospel. If you knew you were watching the film with a lost person you might get your Bible out and be prepared to explain the path to salvation further. Parents, you will be glad to know that the movie contains no language, or sex. However, this movie does contain some violence, so if you have younger children you might be cautious, the character of the sin eater can be a frightful sight in the beginning.